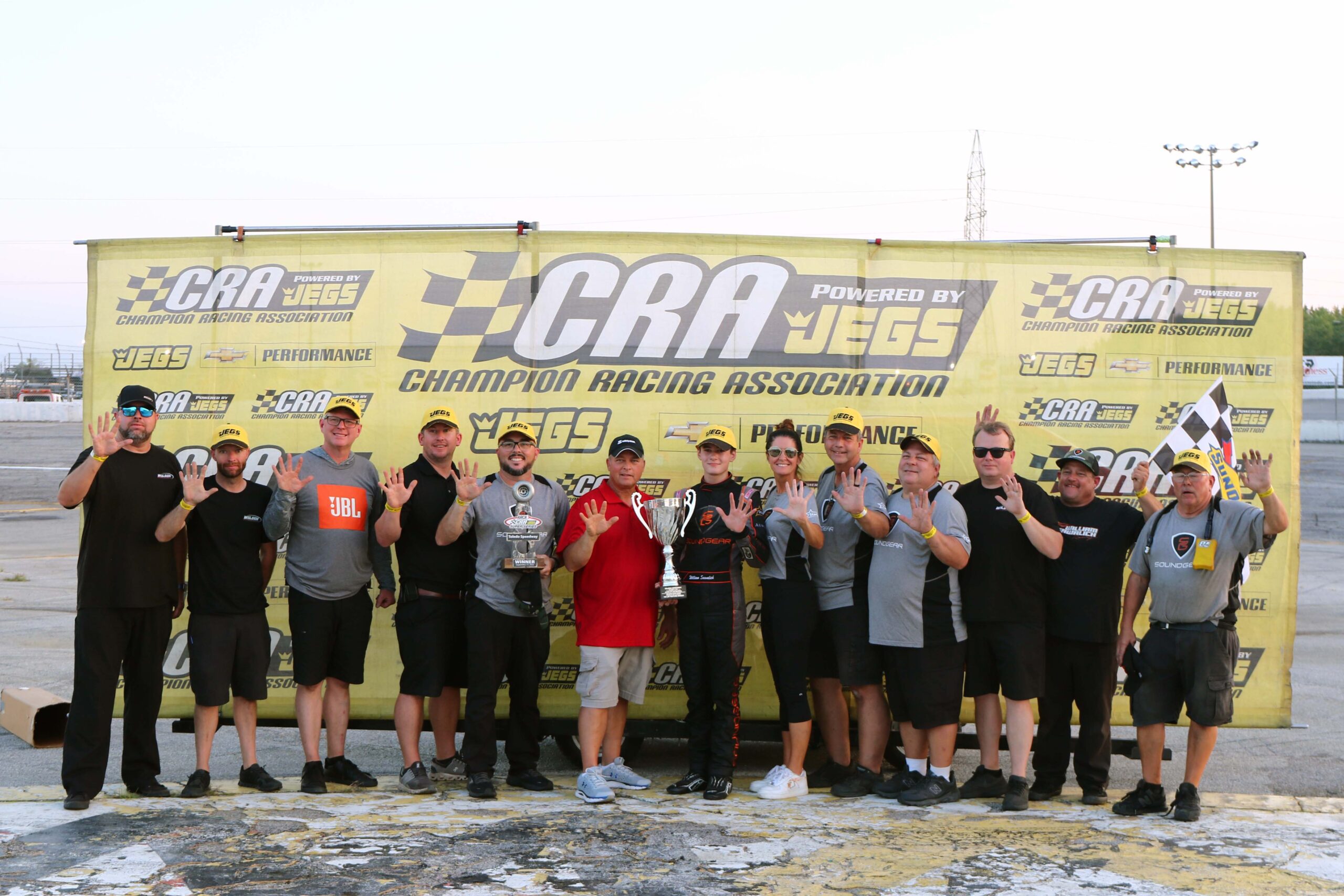 “The car was really good and seemed to get better as the race went on,” remarked Sawalich in victory lane.” I raced Jesse (Love) pretty hard, I could tell his car was going away and we were faster. I just did what I needed to do to make the pass and after that we pulled away to get the win. I want to thank everyone at Donnie Wilson Motorsports for their hard work and for giving me a great car. Thanks to my family for their continued support of my racing. Thanks to everyone who came out to watch me race tonight!”

Kyle Crump got the early lead from his pole starting position after Francis Engineering Fast Qualifier Sawalich drew a six for the event’s inverted start. ARCA Menards Series competitor Jesse Love quickly fell in behind Crump and started pressuring for the lead and was able to make the pass and take the lead on lap five.

The first caution flag of the event flew on lap 14 when NASCAR Camping World Truck series competitor Carson Hocevar, who was running in the top five, slowed with mechanical issues that would end his night.

Love would keep the lead on the restart with Kyle Crump battling hard to retake it. Love started to distance himself from Crump when third place running Brian Campbell would slow in turns three and four bringing out the event’s second and final caution on lap 25. Campbell’s night would be over after having sway bar issues.

Love would again hold off Crump on the restart. Sawalich had moved into third from his sixth place starting position and also managed to get by Crump for second.

Sawalich slowly tracked down Love and began pressuring for the lead as Love’s car began to really get loose in the middle of the turns. Sawalich was patient but knew it was time to make his move. Sawalich would make the pass after a nudge from behind moved Love up the track in turn four, taking the lead on lap 83. Sawalich would then pull away to win by almost a second and a half. Sawalich picked up the AR Bodies Cool Move of the Race Award for his pass of Love. Sawalich also earned a Hoosier Racing Tire Performance Award and the Progressive Racing Engines Hardcharger Award gaining the most positions of any racer in the event.

Love would finish in second, gaining valuable experience at Toledo Speedway prior to the ARCA Menards Series season finally there on October 8th. Love picked up the Beyea Headers Halfway Leader Award.

Michael Simko would finish in third place from his seventh place starting position earning the Sweet Manufacturing Sweet Move of the Race Award. Simko’s crew were awarded the Pitboxes.com Pit Crew of the Race Award after having to make hasty repairs to a shock allowing Simko to make qualifying.

The ARCA/CRA Super Series Powered by JEGS will be back in action in the 51st running of the Winchester 400 Presented by Vore’s Welding & Steel on Sunday, October 16th on the famous High Banks of Winchester Speedway. That event will be the 26th Season Championship event for the series Presented by Team Construction.

Salem, Indiana (May 10, 2022): Champion Racing Association Powered by JEGS officials have released the entry form for the VanDoorn... read more