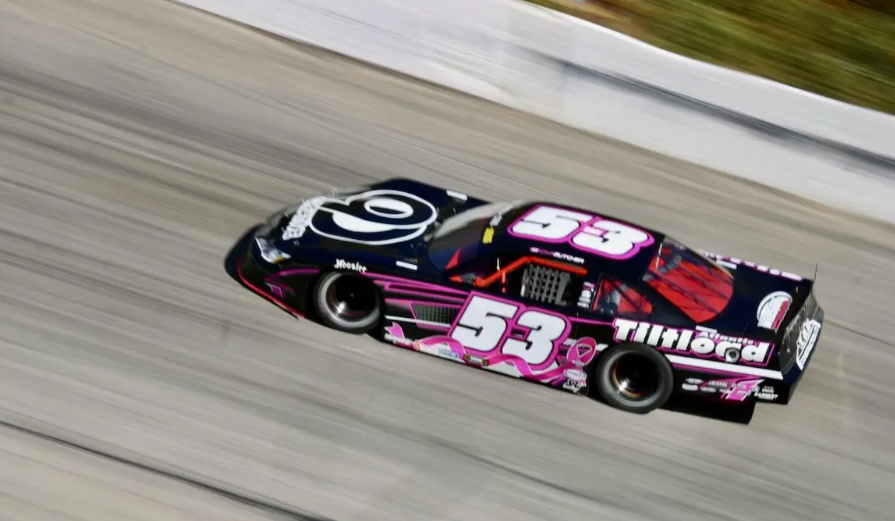 Special from Racing America – For some, this might be the first of many chances to win the Winchester 400, but Sunday afternoon could also be the last chance for others to claim the prestigious rifle trophy.

The latter is likely true for Chandler Smith, who just signed up to race in the Xfinity Series with Kaulig Racing in 2023 and hopes to have busy weekends in the fall for decades to come. This is the sixth year Smith has made the trek to the World’s Fastest Half-Mile and he knows the stakes.

“I’m excited for sure,” Smith said. “I don’t know that I will be able to do this race beyond this year.”

This is also Smith’s second race with Anthony Campi Racing since making the switch from Donnie Wilson Motorsports earlier in the summer. They were fastest in practice and looks like one of the teams to beat.

“I’m excited to work with Anthony,” Smith said. “He’s got a great program, and a great driver development program with Gio right now, and he’s a great wheelman in his own right.”

Smith finished third and second in the 400 in his first two appearances in the race in his family owned car with crew chief Ricky Turner. He’s had some chaotic races the past three years across stints with Kyle Busch Motorsports and Donnie Wilson Motorsports.

“It would be big considering how many times we should have won this race,” Smith said. “There are a lot of what ifs and could have beens throughout my Late Model career and this is one we’re trying to fix up here this weekend.”

Meanwhile, and remarkably, this is the first time southern Super Late Model ace Casey Roderick has made the trip to the Winchester 400. It comes in a partnership with Platinum Motorsports in which the Snowball Derby winning team prepares his personally owned car.

“I’m excited, been looking forward to this race for a while,” Roderick said. “Always wanted to run this race but never been able to. We have Team Platinum doing a good job. Cody Glick (Hamke Race Cars general manager) helping us here.”

It’s the kind of program Roderick needs to make the decision to race — something Bill and Myna Burba hope to do more of together.

“It’s been good, it’s been really good,” Roderick said. “They want to race a lot more than I can (but) we’re trying to put something together for next year. It’s been good so far. Yes, we’re going to keep everything the same the rest of the year through the Derby. This is my car, that I’ve let them run for the rest of the year. It’s a good-looking race car, a good prepared car and we’ll see what we have.”

Then there’s Oxford 250 winner Cole Butcher driving his familiar Donnie Wilson Motorsports No. 53. This is also his first time running this event. He came in a day early to watch the Pro Late Model race on Friday to acclimate himself to the track.

“I feel pretty good, but we’ll see what happens today,” Butcher said. “Donnie Wilson brings excellence race cars. Just trying to find the line and see how race pace goes. We’ll put it in our notebook and see how it goes.”

Even though Butcher won the Oxford 250, he knows there’s been equal part frustration across his PASS Series and maritime starts this year.

“We’ve had a lot of success and bad luck too,” Butcher added. “We’re taking what this season gives up and hopefully bring another big trophy back to Canada”

And lastly, there’s Michael Hinde, who first came here on Labor Day Weekend for the World Stock Car festival but between having a flat tire in that race and facing a lot of adversity on Friday’s Pro Late Model race is just coming here to learn in Year One.

“It’s all about seat time, honestly,” Hinde said. “This was our first race in the Pro and it gave me a feel of what the track is like. It’s a lot colder than it was on Labor Day weekend. It would mean everything for our team to come here for just the second time and win one of the biggest races in the world. That would be huge.”

To earn their first win, they will have to go through defending winners Sammy Smith (2021), Carson Hocevar (2020) and Stephen Nasse (2019) all making their return visits.