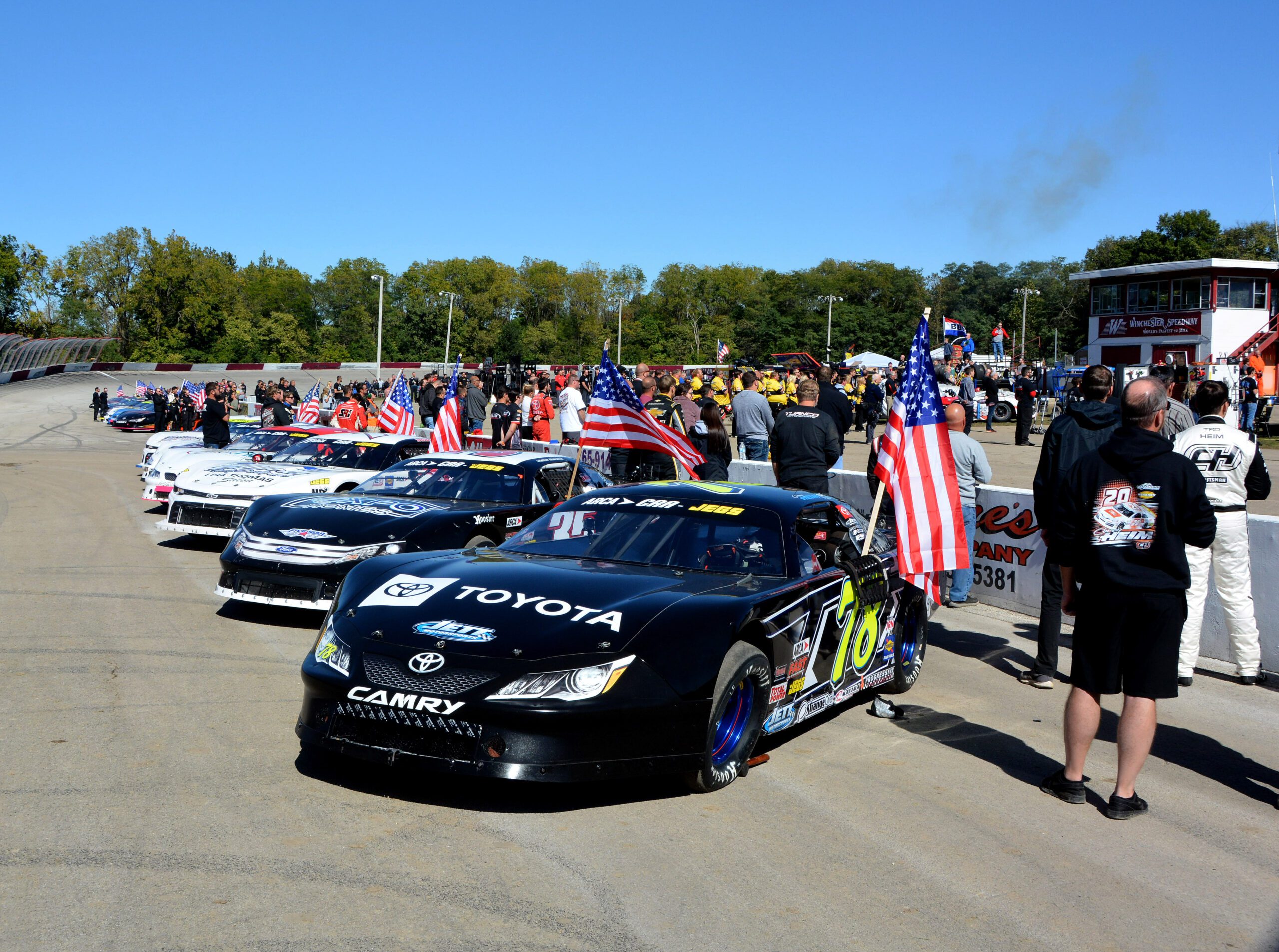 Salem, IN (October 4, 2022) – Three former Winchester 400 winners top the list of entries to date for the 51st Winchester 400 Presented by Vore’s Welding & Steel, which will take place on the famous High Banks of Winchester Speedway in Winchester, Indiana on Sunday, October 16th. A total of 28 teams have already entered the prestigious event, with more entries expected to be added in the days prior to the event.

2019 winner Stephen Nasse, 2020 winner Carson Hocevar and 2021’s winner Sammy Smith are all entered to try and pick up their second famed Winchester Rifle Trophy, which traditionally is awarded to the winners of the Winchester 400.

Hocevar, who is a full-time competitor with the NASCAR Camping World Truck Series, looks to get back to victory lane in a Super Late Model after two ARCA/CRA Super Series victories in 2021 and five series wins in 2020. Hocevar is coming off his second JEGS/CRA All-Stars Tour win of the season at Birch Run Speedway on September 10th.

Sammy Smith has already been to victory lane at several events in 2022 in a Super Late Model and in an ARCA Series car. Smith picked up the win in the ARCA Menards Series event at Salem Speedway this past Saturday, his fifth win with that series this season, along with three ARCA Menards East Series wins and that series 2022 Championship. Smith got the win in the ARCA/CRA Super Series Redbud 400 at Anderson Speedway on July 16th.

Lots of CRA talent is also represented on the early entry list, including the three Chase for the Championship drivers who will be competing for the series 2022 Championship in the Winchester 400, Regular Season Champion and Anderson Speedway April 10th event winner Eddie Van Meter, 2022 Cometic Gasket Rookie of the Year Billy Van Meter and Ohio racer Albert Francis, who has the best Chase for the Championship drivers finishes in the last two series Chase events.

The Winchester 400 is 400 laps counting cautions and is a 12-tire race. The event will once again feature Controlled Cautions in an effort to save teams the cost of bringing in professional pit crews.  When a yellow comes out teams will have two laps to service their race car without losing laps or positions on pit road. Those cars will then line up behind the cars that did not pit at that yellow. Teams not getting out of the pits in the two laps will have to fall to the tail of the field and will risk losing laps. As in the past, teams will only be allowed to change a max of two tires per yellow.

The schedule of events for the Winchester 400 Weekend has been released with three straight days of on track action on the High Banks, including the Season Championship events for the JEGS/CRA All-Stars Tour Presented by Chevrolet Performance, the Vore’s Welding CRA Late Model Sportsman and the Van Hoy Oil CRA Street Stocks that weekend. Also racing that weekend will be the Midwest Modifieds in the Run for the Gun, the Vores Compact Touring Series and Thunder Roadsters.

More information on the ARCA/CRA Super Series, including the Winchester 400 entry form and schedule of events, can be found at www.cra-racing.com.

(Salem, IN) – Champion Racing Association Powered by JEGS (CRA) officials released the names of the teams competing in the... read more