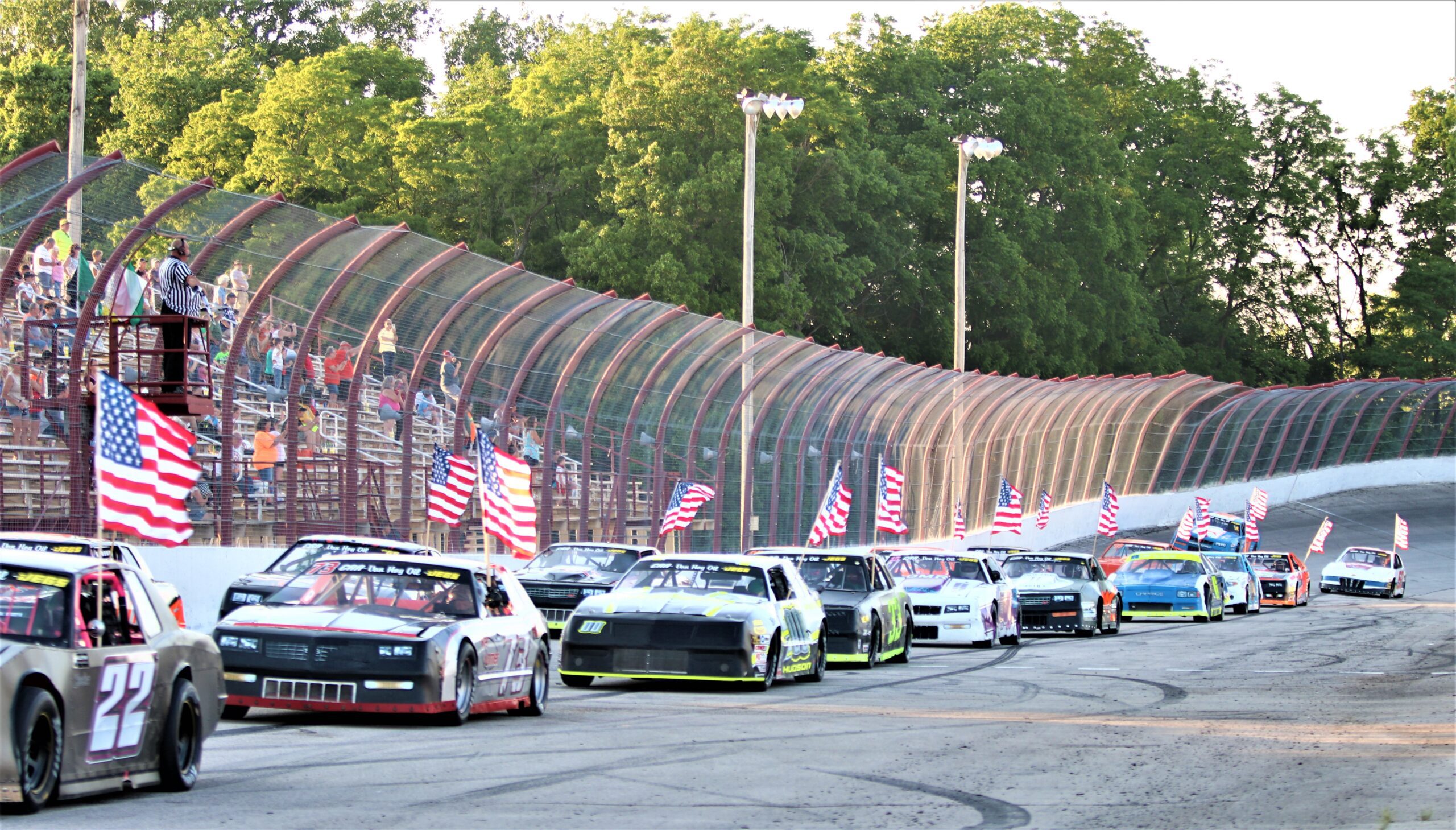 Salem, IN (October 12, 2022) – The Van Hoy Oil CRA Street Stocks Powered by JEGS will return to action this Saturday, October 15th on the famous High Banks of Winchester Speedway, as part of the big 51st Winchester 400 Weekend Presented by Vore’s Welding & Steel. The series will crown its 2022 Champion on Saturday, concluding its 18th season of competition.

Things begin for the Winchester 400 Weekend with an optional load in, hauler parking and pit pass purchases on Thursday from 3 to 7pm.

Pits open now on Friday at 9:30am with rotating practice for all divisions beginning at 1:30pm. Second round practice and Group Qualifying for the Vore’s Compact Touring Series and the Vore’s Welding CRA Late Model Sportsman Series and Van Hoy Oil CRA Street Stocks New Star events will start at 4:15pm. The JEGS/CRA All-Stars Tour Nova Motorsports qualifying will start at 6pm. Racing action will begin at 7pm with 20 lap Vore’s Compact Touring Series B Main. The JEGS/CRA All-Stars Tour Season Championship JEGS 100 will be up next. The Vores Touring Compacts Jason Dietsch Trailer Sales 30 will follow that. The CRA Late Model Sportsman and CRA Street Stocks 20 lap New Star features will cap off the night’s racing action.

On Saturday pit gates open at 8am. Practice for all the Saturday divisions will start at 10:30am. Qualifying is scheduled to begin at 2:50pm. Saturday’s racing action will begin at 5pm and will include the Van Hoy Oil CRA Street Stocks in their 40 lap Season Championship event. Also racing Saturday will be the Vore’s Welding CRA Late Model Sportsman in their 40 lap Season Championship event, the Midwest Modifieds in the 50 lap Run for the Gun and the Thunder Roadsters in a 20-lap feature. There will be a party at the track after the racing concludes.

Pits open on Sunday at 9am. There will be an on-track autograph session starting at 12:30pm. The 51st Winchester 400 Presented by Vore’s Welding & Steel will take the green flag at 2pm.