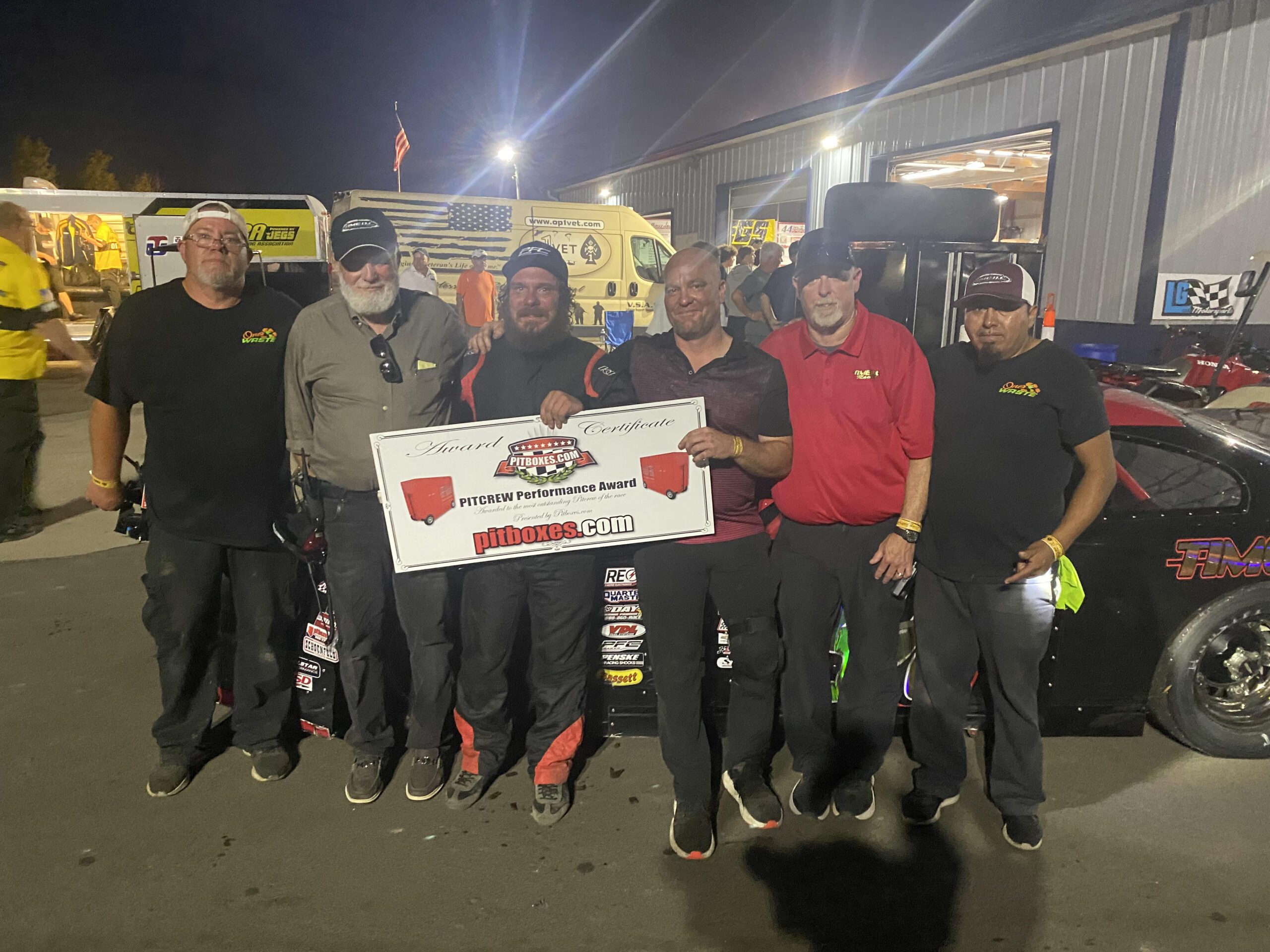 Salem, IN (November 7, 2022) – The Dakota Stroup Race Team came into the 2022 season not sure how many events they would compete in and if they would compete for a Championship, but that all changed after the first third of the season, Stroup went on to claim the 2022 JEGS/CRA All-Stars Tour Presented by Chevrolet Performance Championship, becoming the series first Champion from Kentucky in the series’ Championship event on October 14th at Winchester Speedway.

The team earned its first award at the May 15th event at Birch Run Speedway, when they had to fix a water leak prior to qualifying, getting it fixed just in time, so Stroup was able to qualify. Stroup qualified in seventh and went on to get a third-place finish in that event that helped him decide to run for the series’ Championship.

The team earned its second award at the September 10th event at Birch Run Speedway, but the issues they had to overcome to race in that event started on the way from Kentucky to Michigan. The team’s hauler had an issue on the way up that resulted in heavy damage to a shock mount on the racecar that had to be repaired before the team could even practice on race day. The crew made those repairs but decided the car needed more work after qualifying. The team pulled the car out of impound to work on it, resulting in Stroup having to start the event on the tail of the field. Stroup would come through the field and after a tough battle with Chase Burda for second, would finish in third place.

The team picked up their third award in the Season Championship event at Winchester, keeping Stroup in the race to finish 11th, one position higher than fellow Chase for the Championship competitor Nick Egan, earning Stroup the series’ 2022 Championship.

For earning the JEGS/CRA All-Stars Tour 2022 Pitboxes.com Pit Crew of the Year, the Dakota Stroup Race Team will receive a $1,000 Product Certificate from Pitboxes.com.

“I just want to say thanks to everyone who helped on this race team this season and helped win us the Championship,” remarked Stroup. “Nick Harrison is a big part of this team, without his help I wouldn’t even be able to race! Thanks to everyone who supports us and thanks to PitBoxes.com for having this award for my team!

“We really appreciate Ricky Sanders at PitBoxes.com for coming up with this great award,” remarked Glenn Luckett, Managing Partner with CRA. “Ricky wanted to create an award that recognized the people behind the drivers in our series. The drivers get recognition at each race, but with the Pitboxes.com Pit Crew Awards for each series event and the season, a lot of the hard-working crew members for the JEGS/CRA All-Stars Tour teams get recognized also.”

Luckett added, “The Dakota Stroup Race Team worked hard to get their cars to the track and prepared for each race, and worked hard at each event, all their hard work paid off with the series’ 2022 Championship. We appreciate all their efforts this season!”

The drivers whose crews earned a Pitboxes.com Pit Crew of the Race Award during the 2022 JEGS/CRA All-Stars Tour season included Cole Williams, Buddy Kofoid, Dan Leeck, Dylan Bates, Nick Egan and Evan Varney. Each of those teams received a $200 Product Certificate from Pitboxes.com.

Salem, IN (July 1, 2020) – Mt. Lawn Speedway officials have announced that they have rescheduled the 47th running of... read more

Salem, IN. (September 21, 2016) – The ARCA/CRA Super Series Powered by JEGS will continue its historic 20th season of... read more