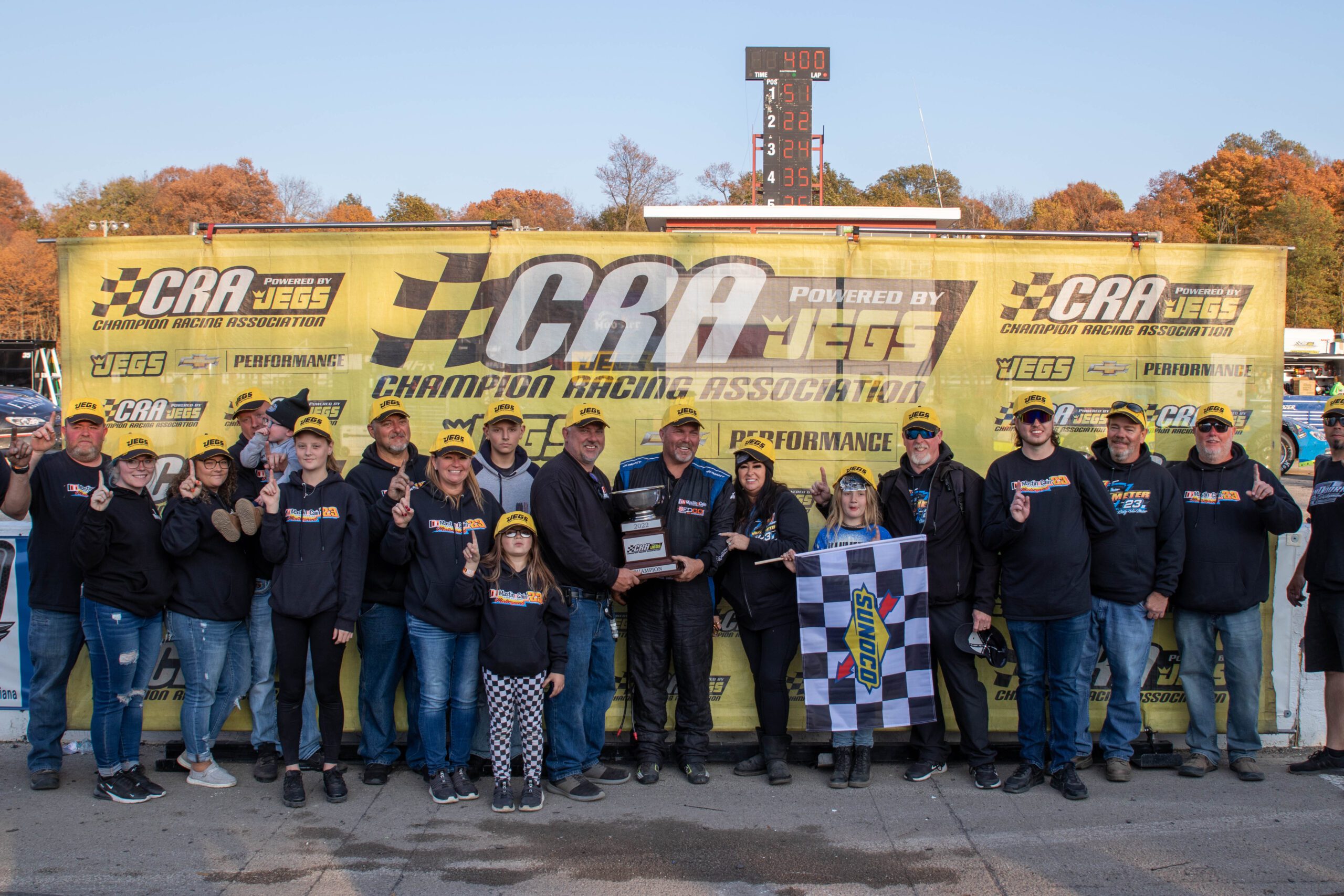 Eddie and Billy were the only ARCA/CRA Super Series participants to compete in all 11 series points events in 2022, with Eddie claiming his first ARCA/CRA Super Series Championship by being the highest finisher in the series’ Winchester 400 Championship event at Winchester Speedway on October 16th. Billy was the second highest Chase for the Championship driver, giving him a second place in the series’ Chase for the Championship. Billy also earned the 2022 Cometic Gasket Rookie of the Year Award.

For their hard work and never give up attitude, the Van Meter Race Team has been named the ARCA/CRA Super Series 2022 Pitboxes.com Pit Crew of the Year Award winners. The team gave 100% at each event they raced and more, to keep themselves competitive racing against some of the best racers and teams in the country. The two-car team was double the work at each event, but the team always had well prepared racecars at each event.

“I have to give a big thank you to everyone who worked on our team this past season,” remarked Eddie Van Meter. “It was a lot of hard work to have two cars at each event, but it turned out to be a great season with me getting the Championship and my son Billy the Rookie of the Year. I want to thank our Crew Chief Butch VanDoorn and VanDoorn Racing Development for all their work this season on our cars. I also want to thank everyone on our team who helped including Bryan Glaze, Audie Moose, John Cosby, Jason Thompson, Jimmy Tucker, Brad Brooks and Kevin Brooks. We would not have had the success we had without all their help. Thanks to PitBoxes.com for having this award to honor those guys!”

“We really appreciate Ricky Sanders at PitBoxes.com coming up with this great award,” remarked Glenn Luckett, Managing Partner with CRA. “Ricky wanted to create an award that recognized the people behind the drivers in our series. The drivers get recognition at each race, but with the Pitboxes.com Pit Crew Awards for each series event and the season, a lot of the hard-working crew members for the ARCA/CRA Super Series teams get recognized also.”

Luckett added, “The Van Meter team worked hard to get their cars to the track and prepared for each race during the season. We know how much work it takes to bring one racecar to an event, this team brought two to every race this past season. We appreciate all their efforts this season!”

For earning the ARCA/CRA Super Series 2022 Pitboxes.com Pit Crew of the Year Award, the Van Meter Race Team team will receive a $1,000 Product Certificate from Pitboxes.com.

Salem, IN. (August 17, 2016) – The JEGS/CRA All-Stars Tour Presented by Chevrolet Performance will return to action this Saturday in... read more