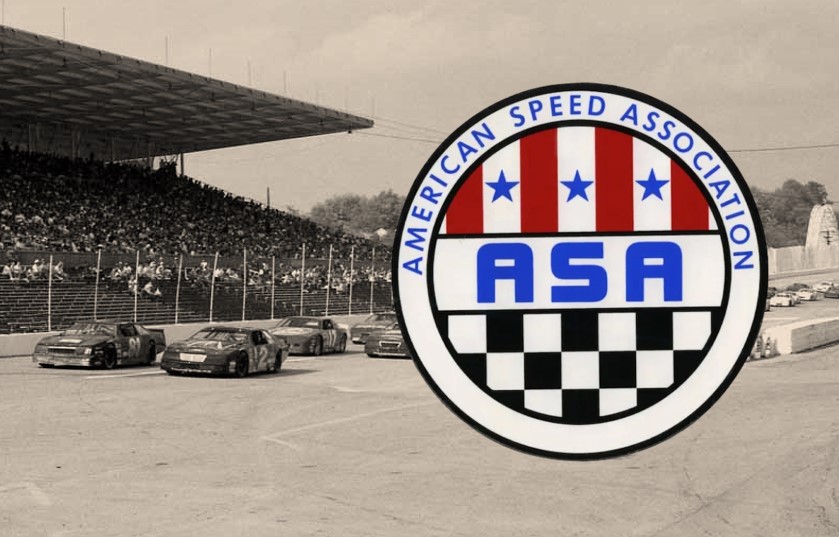 Macon, IL (December 10, 2022) – Back to the Future is not only a popular movie series before the turn of the century.  It is now a mantra within short track racing.

Track Enterprises President Bob Sargent confirmed today that his recently announced STARS National Tour for pavement super late models will be sanctioned by ASA under a licensing agreement with ARCA – The Automobile Racing Club of America.

“What a great opportunity to bring the ASA back to short track pavement racing,” Sargent stated. “ASA was the premier short track racing series in its day and we are excited to keep that iconic brand alive.”

The ASA STARS National Tour will debut in 2023, billed as a 10-race series visiting the premier paved short tracks in the United States. A national champion will be crowned in November of 2023 at the All-American 400 at the Nashville Fairgrounds Speedway (TN). A $100,000 championship point fund (minimum) has been confirmed, which will pay the top ten in the final standings, including $25,000 to the series champion.

“Since the decline of ASA in the early 2000’s, race fans and other industry insiders have sought a replacement,” Sargent continued. “We couldn’t be any prouder to not only bring short track fans a national series for super late model racing, but now to also bring back the historic brand of ASA.”

At its peak, the series enjoyed national television coverage on TNN (The Nashville Network), but in 2001 Gaylord Entertainment, the parent company of TNN, sold its cable TV holdings. New owner MTV and the Nickelodeon Group decided to disband TNN, and drop motorsports from their coverage plans. The move forced Robbins to sell the series in 2003, and just a few short years later, ASA went out of business.

NASCAR acquired the Intellectual Property Rights to the ASA Brand following the series demise, in an effort to protect and preserve the historical relevance of the sanctioning body. The announcement of the STARS National Tour presented an opportunity to further preserve and promote the brand, and the IP Rights were granted to Track Enterprises by way of its licensing agreement with ARCA, a wholly owned NASCAR Property.

“Race fans everywhere know and respect the ASA Brand,” Sargent concluded. “NASCAR’s stewardship of the sport was once again prevalent when they secured the IP Rights to ASA, and now it is our job to uphold the high standards set by the American Speed Association some 50 years ago.”

Track Enterprises, a Racing Promotions Company based in Illinois has been making news throughout the 2022 calendar year by announcing the acquisition of the CRA sanctioning body in January and following that up with the purchase of the ARCA Midwest Tour in July. In October, Sargent announced a partnership with the Southern Super Series which set the table for the formation of the STARS National Tour.

“We’ve been working on this for more than a year,” Sargent stated at the time of the announcement. “The opportunity to partner with the three most prominent regional tours this year has put us in a great place to launch a national tour.”

The regional tour reference pertains to three existing series that have been running short track pavement super late model races for parts of three decades. The acquisition of these sanctioning bodies provides an existing customer base from which to work, as well as established race events within each series.

“We have announced a 10-race national series of special events,” Sargent continued. “In order for that to succeed, the regional tours need to be successful, and it is our intention to strengthen and support those tours to the best of our ability.”

Plans call for each of the three regional tours to also be branded ASA, with each establishing a 10-15 race schedule of events. Each regional tour will host National Tour events – likely three from each region – with the tenth and final ASA STARS National Tour championship event scheduled to be part of the All American 400 weekend in Nashville in 2023.

Track Enterprises has established a working website, starsnationalseries.com, as a place race teams, drivers and fans can find initial information about the new national series. Also, be sure to follow the series on social media (Facebook: STARS National Series | Twitter: @racewithstars | IG: @starsnational)

Salem, IN (April 4, 2017) – CRA Powered by JEGS officials have announced that Howe Racing will continue to be... read more

Rising Above The Roadblocks; Ali Kern