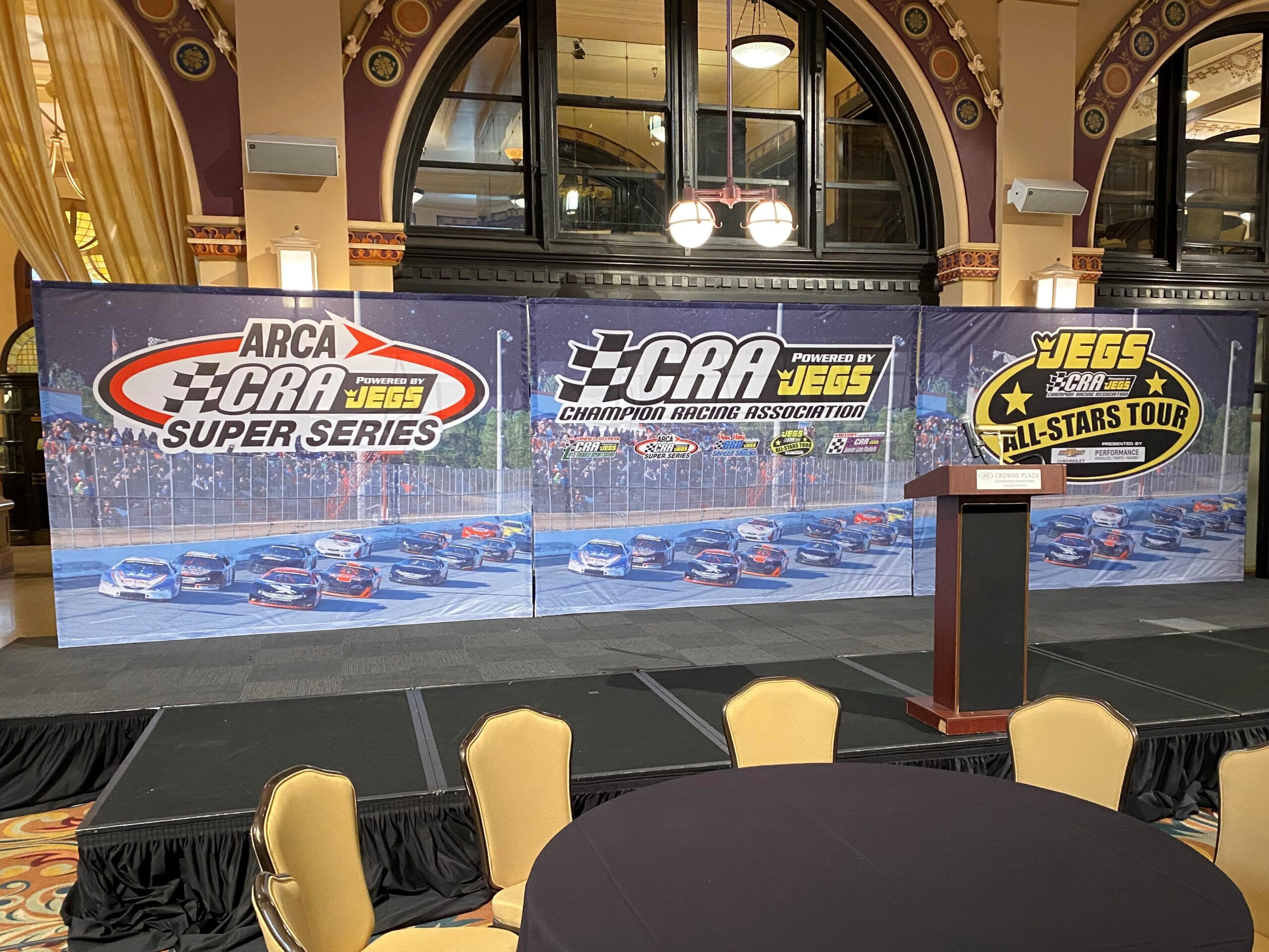 Salem, IN (December 2, 2022) – Champion Racing Association Powered by JEGS officials are pleased to announce that there will be an in-person 2022 Awards Banquet honoring the CRA Chase Champions and top eight performers in the Chase and final points from the ARCA/CRA Super Series Powered by JEGS, the JEGS/CRA All-Stars Tour Presented by Chevrolet Performance, the Vore’s Welding CRA Late Model Sportsman Powered by JEGS, and the Van Hoy Oil CRA Street Stocks Powered by JEGS.

CRA had a Virtual Awards Banquet the 2020 and 2021 seasons because of COVID issues. The 2022 Awards Banquet will be held at the Swan Lake Resort and Conference Center located at 5203 Plymouth Laporte Trail, in Plymouth, Indiana on Friday, January 6th. There will be a reception starting at 6pm on that Friday. Dinner will be served at 7pm with the Awards Presentation starting at about 8pm. After the awards presentation there will be drawings for the attendees from all four CRA divisions for several product awards for each series. Teams must be present to receive any cash awards or product awards.

“We are very excited to be able to have an in-person Awards Banquet again for CRA,” remarked Bob Sargent, President of Track Enterprises, the owners of Champion Racing Association. “This will be our first Awards Banquet as the owners of CRA and we look forward to honoring each of our series Champions and each series top eight performers in the Chase and points.”

The 2022 CRA Awards Banquet event invitation and RSVP form and the information to reserve sleeping rooms will be sent out to teams in the near future. More information on all the CRA divisions is available at www.cra-racing.com.

Salem, IN (June 14, 2017) – The Lawrence Towing CRA Street Stocks Powered by JEGS will be back in action... read more

Salem, IN (September 26, 2018) – The Vore’s Welding CRA Late Model Sportsman Powered by JEGS will be back in... read more