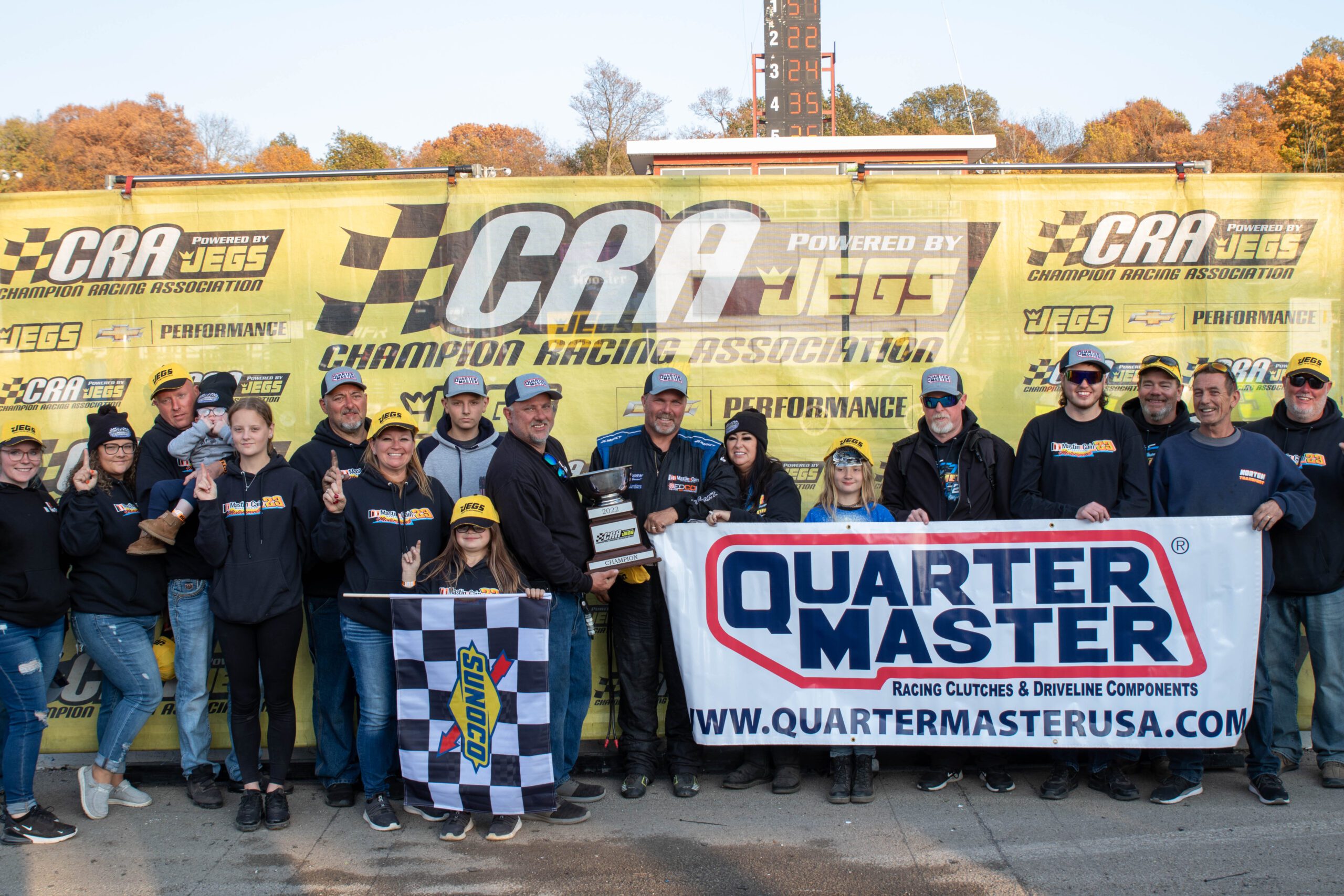 “We are very happy to have Quarter Master continue its support of CRA for the 2023 season,” remarked Glenn Luckett, Series Director at CRA. “This type of support really helps out the series competitors with some of their cost to race with us during the season. We highly encourage all our racers to support this great company that is supporting their racing efforts!”

Today Quarter Master has earned the respect and loyalty of racers across the country. The company’s success is rooted in its philosophy of providing nothing but the very best in products and services.

Maintaining its position as the number one driveline company is no small task, and Quarter Master is always two steps ahead of the rest in product development and customer service. On the manufacturing side, Quarter Master Products are produced on the most sophisticated state-of-the-art CNC equipment available. On the engineering side, the company employs the best and brightest engineers who to develop new and better products for racers in every category.

Every Quarter Master product is manufactured on high-tech machinery such as its state-of-the-art CNC turning centers & mills, gear cutting, and broaching equipment. In addition, every product is subjected to rigorous quality control inspection before it leaves the plant. For more information on Quarter Master, visit their web site at www.quartermasterusa.com.