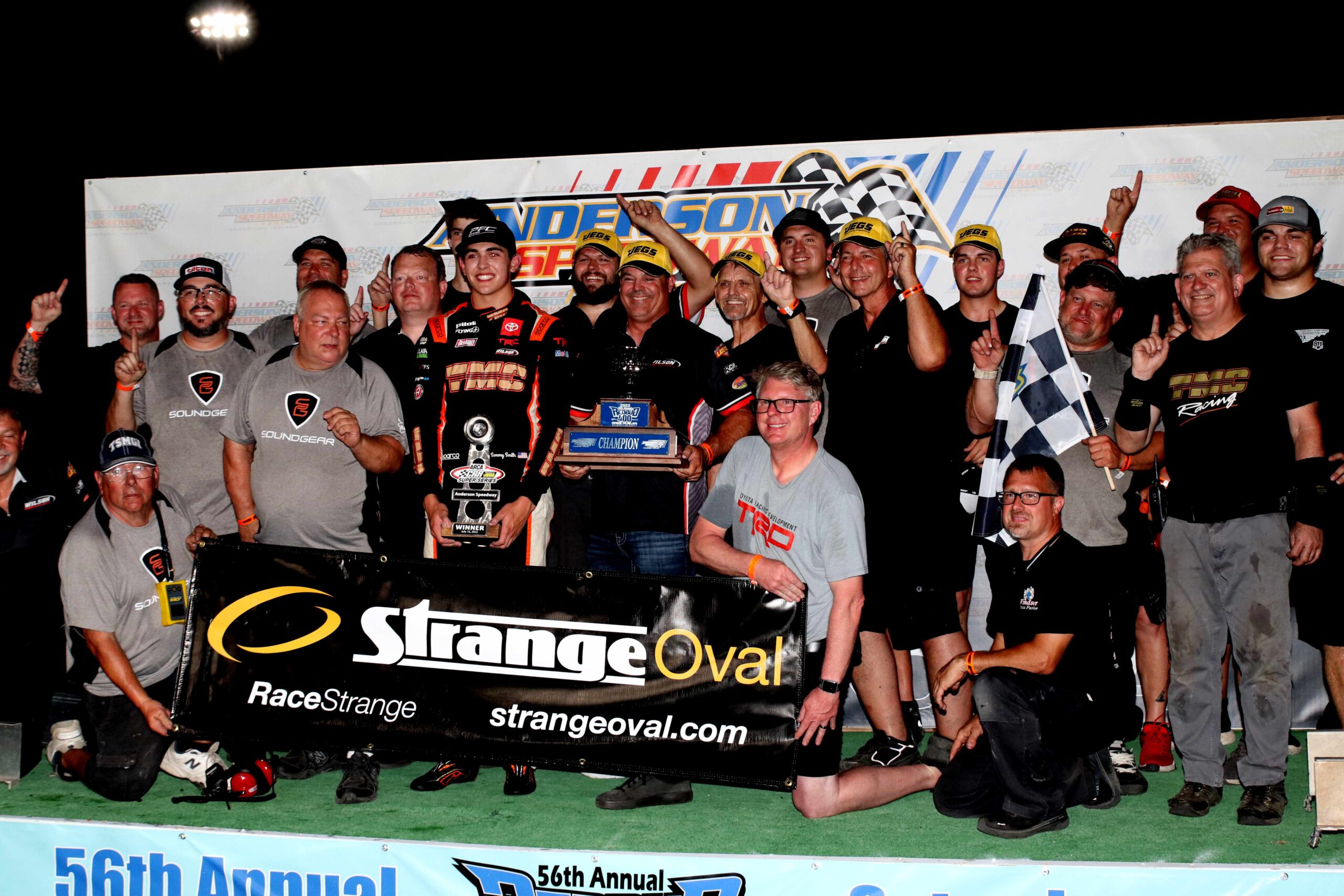 Champion Racing Association Powered by JEGS officials and Strange Oval representatives have announced that Strange Oval has agreed to continue as a marketing partner with CRA for the upcoming 2023 racing season. Strange Oval will again support the ASA/CRA Super Series Powered by JEGS, the JEGS/CRA All-Stars Tour Presented by Chevrolet Performance and the CRA Street Stocks.

“It’s now the sixth year that Strange Oval will be involved as a contingency sponsor with CRA and the partnership has worked exceptionally well,” remarked Jeff Sandlin with Strange Oval. “CRA provides a direct link to those competitors we are trying to reach with our products. It’s a series that we actively attend and support throughout the season and it’s been very beneficial for all involved. CRA is exactly what we’re looking for with our contingency involvement and provides great value and exposure.”

Strange Oval will award the fifth place finishers at the following ASA/CRA Super Series events with a set of Strange Oval Axles valued at over $450: SpeedFest 2023 at Watermelon Capital Speedway on January 28th, the North/South Shootout at Nashville Fairgrounds Speedway on July 2, the Redbud 400 at Anderson Speedway on July 15th, the Lucas Oil Raceway event on August 12th, the Glass City 200 at Toledo Speedway on September 16, the Winchester 400 at Winchester Speedway on October 15th and the All-American 400 in Nashville on November 5th. In addition they will award the fifth place finisher in final series points with a set of Drive Plates valued at over $500.

Strange Oval will award the fifth-place finishers at the following JEGS/CRA All-Stars Tour events with a set of Strange Oval Axles valued at over $450: SpeedFest 2023 at Watermelon Capital Speedway on January 28th, Nashville Fairgrounds Speedway on July 29th, the Masters of the Pro’s at Owosso Speedway on August 19th, the Season Championship event at Winchester Speedway on October 13th and the All-American 400 JEGS Tour race in Nashville on November 5th. In addition, they will award the fifth-place finisher in final series points with a set of Drive Plates valued at over $500.

Strange Oval will award a set of Axles to the CRA Street Stocks 2023 Champion and Rookie of the Year at the 2023 CRA Awards Banquet.

“We are excited that Strange Oval will be continuing their support of CRA and our racers,” remarked Scott Menlen, Series Director at CRA. “It’s always great to have companies believe in what CRA does and values the exposure our series give to our sponsors. We encourage our racers to support Strange Oval and all the sponsors that support them!”

Clancy Jr. Ready for the Masters of the Pros 144 at Lebanon I-44 Speedway